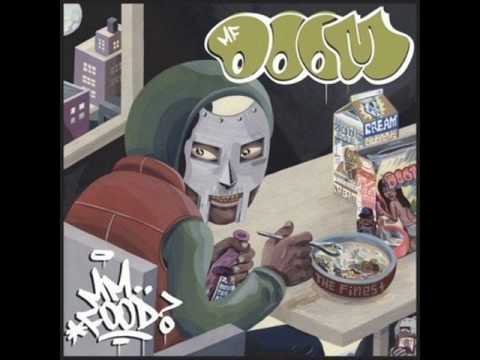 Now I haven’t eaten all day. How am I gonna do this man?
Yeah don’t wait for her man, don’t wait for her
I’ll tell you what man: come with me now and you know
I’ll get you some lunch, I’ll hook you up with something
I got a little bank, y’know, no problem
I hear you, that’s cool (Alright? It’s cool)
Man, can’t you guys just wait here about a half hour, man?
Yo I’ll be back man, I’m just gonna munch up a little bit man, I’m pretty hungry
Yo let him come back
Here you will find food for your body
As well as comfort for your troubled mind
I’d really like some soup (Bread and butter)
Of course my friend. What happened to your hand?
Oh, food at last!
How did they get here?
Regular storage procedure, the same as the other food
What other food?
Fish (Food) protein (Fast for ya)
Now what happened?
Well, the cop got
The next morning I went to the store to get some food
(Bread and butter) They arrested me
I’ll save you (Thank you)
Would you like a snack?
Thanks for the drink
Operation Doomsday complete
All your intercoms casualty and damage testing
Enough! you talk of the people’s rights
The people have only those rights which I choose to give them
And that’s for their own good, believe me
I do, DOOM
They disappoint me, they must work faster
But the prisoner-
Ah yes, the young traitor who has tried to turn my people against me
Watch him. I have special plans for that one
Beef rap, could lead to getting teeth capped
Or even a wreath for mom dukes on some grief crap
I suggest you change your diet
It can lead to high blood pressure if you fry it
Or even a stroke, heart attack, heart disease
It ain’t no starting back once arteries start to squeeze
Take the easy way out phony, until then
They know they wouldn’t be talking that bologna in the bullpen
So disgusting, pardon self as I discuss this
They talk a wealth of shit and they ain’t never seen the justice
Bust this, like a cold milk from out the toilet
Two batteries, some Brillo and some foil, heat’ll boil it
He be better off on PC glued
And it’s a feud so don’t be in no TV mood
Every week it’s mystery meat, seaweed stewed
(Food, we need food!)
He wears a mask just to cover the raw flesh
A rather ugly brother with flows that’s gorgeous
Drop dead joints hit the whips like bird shit
They need it like a hole in they head or a third tit
Her bra smell, his card say, “Aw Hell!”
Barred from all bars and kicked out the Carvel
Keep a cooker where the jar fell
And keep a cheap hooker that’s off the hook like Ma Bell
Top bleeding, maybe fella took the loaded rod gears
Stop feeding babies colored sugar-coated lard squares
The odd pair swears and God fears
Even when it’s rotten, we’ve gotten through the hard years
I wrote this note around New Year’s
Off a couple a shots and a few beers, but who cares?
Enough about me, it’s about the beats
Not about the streets and who food he ’bout to eat
A rhyming cannibal who’s dressed to kill and cynical
Whether is it animal, vegetable or mineral
It’s a miracle how he get so lyrical
And proceed to move the crowd like a old negro spiritual
For a mil’, do a commercial for Mello Yello
Tell them devils hell no, sell y’all own Jello
We hollow krills, she swallow pills
He follow flea collar three dollar bills
And squealed for halal veal, if y’all appeal
Dig the real, it’s how the big ballers deal
Twirl a L after every meal (Food!)
What up? To all rappers: shut up with your shutting up
And keep a shirt on, at least a button-up
Yuck, is they rhymers or strippin’ males?
Out of work jerks since they shut down Chippendales
They chippin’ nails, DOOM tippin’ scales
Let alone the pre-orders that’s counted off shippin’ sales
This one goes out to all my peoples skippin’ bail
Dippin’ jail, whippin’ tail and sippin’ ale
Light the doobie ’til it glow like a ruby
After which they couldn’t find the Villain like Scooby
He’s in the lab on some old Buddha Monk shit
Overproof drunk shit, but who’d’a thunk it?
Punk, try and ask why ours be better
Could be the iron mask or the Cosby sweater
Yes, you, who’s screwed by the dude on the CD, nude

Ode To You Lyrics – JHAM