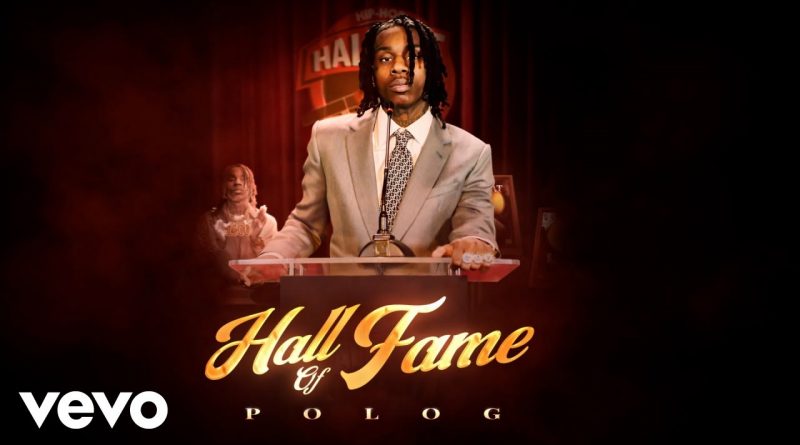 Head’s burnin’, wasn’t told
To leave, the world is burning down
Never had no help from anyone (I’m Harry, Harry Potter)
Uh, let me tell you ’bout a young nigga, he was only fourteen
Don’t fuck with niggas, he stay social distanced like he quarantined
Went from NBA to torn dreams
And a street legend in between
That’s when prayers made him hit his knees
See, he was born Cabrini-era back in ’99
On Chicago North Side, where the news reportin’ live
He can’t help but rep his hood, damn near born on his block
And his parents had him young, they ain’t really have a lot
Seen his daddy gang bangin’, one day, he might take his spot
Five years old and he taught him how to aim a Glock, uh
“Use that bitch to protect your family,” that’s what he told him
A empty clip, he grabbed the gun and practiced what he showed him
And his family hood famous, pop out, everybody know him
And his people stuck for him so he won’t let nobody ho him
Uncle’s tellin’ street stories, shit intriguin’ like a poem
Sayin’ shit like he’d put it to they neck if anybody owe him
All through his childhood, he was bad, but innocent
Playin’ basketball with his homies, runnin’ scrimmages
This who he cracked jokes, made a bond, and got suspended with
And when they saw the opps, they fist-fought to settle differences
‘Til one day, the opps, they got tired of gettin’ beat up
They big homies gave ’em guns like, “Man, go and light they street up”
They puttin’ hoodies on, all black, loadin’ heat up
Adrenaline pumpin’, now, they can’t wait until they see us
Normal day on the block, it was fun and all smiles
But his best friend Jacob wandered off from the crowd
Took a walk to the store, headphones bangin’ loud
Then his opps bent the corner, he ain’t see ’em come around
When he looked up at the car, that’s when them shots went, “Baow”
Blood oozin’ with his back on the ground
Vision blurry, heartbeat slowin’ down
Blood comin’ out his mouth, feel like he startin’ to drown
Tires screechin’, last thing he heard was that sound
“Jacob just got shot,” that’s what a lady screamed
Now everybody out of breath, runnin’ to the scene
Seein’ Jacob on the floor, that was some shit they couldn’t believe
His eyes rolling back, his auntie trying to tell him, “Breathe”
Died ‘fore the paramedics came, she cryin’, “Baby, please”
Ain’t even get to graduate ’cause he was only seventeen
Shorty cried all night, wishin’ that shit was just a dream
‘Til that pain turned into anger, time to make a nigga bleed
Fuck, man
This nigga just took my best friend
And I, I can’t go for that shit
It got me fucked up
And by the way, his name was Terrence, but they called him Sed
Dark skin, he wore a mean mug with some long dreads
Six-two, he good at hawkin’ niggas down, he got long legs
Now he’ll go and kill anybody that he want dead
They heard he caught his first body and that word spread
And he know how quick karma come around, but he wasn’t scared
Sacrificed his soul in them streets like Illuminati
Now sellin’ drugs and shootin’ niggas, them his only hobbies
Big driller now, he the one to call and go and catch a homi’
Got the lo’ on the nigga who killed his dawg, he want his second body
A lightskinned heavy-set nigga named Rodney
Say, “He be out the west, off the Xans, movin’ real sloppy”
Yo, what’s the word?
Man, you won’t believe who I found out the nigga who killed Jacob
It was the lil’ nigga, Rodney
He be hangin’ out up at the gas station on Pulaski, trying to make some money, nigga always out his mind
Oh, yeah?
Bet, say no more
Sed pulled up to the lo’, lights off, it’s like one o’clock
Grippin’ on the silver Smith & Wesson with like thirty shots
He ain’t gotta put one in the head, it’s already cocked
Rodney got his back turned, he trying to sell his last rock
Sed hopped out the car, he ready to erase him
Rodney heard him comin’, he gon’ run before he let him fade him
It’s like a demon in him ’cause his eyes red while he chase him
Rodney havin’ some with regrets, now he just hopin’ God save him
Shots to the leg, hollow tips ate him
Fell to the ground like his shoes, he ain’t lace ’em
Sed walked up, stood over him like, “Pussy, this for Jacob”
Gave him four shots to the stomach, then he faced him
Sed runnin’ to his car, Rodney bleedin’ on the pavement
He had untied his hoodie and they seen that on surveillance
Tryna match him to the footage, the police investigatin’
Plus they had his picture on the wall at the station
A week later, they had came and grabbed him from his mama house
Couldn’t afford a lawyer in the county, fighting drama now
Said, “Fuck it, takin’ it to trial”, he ain’t coppin’ out
Judge gave him forty-nine years, now that’s a lot to count
Now, prosecutors were asking for the judge to lock him up for up to twenty-five years
The judge gave him twenty-eight
Smith had the last word
Again, he was sentenced to twenty-eight years in prison

He has thirty days, Kelly, to appeal that sentence, back to you