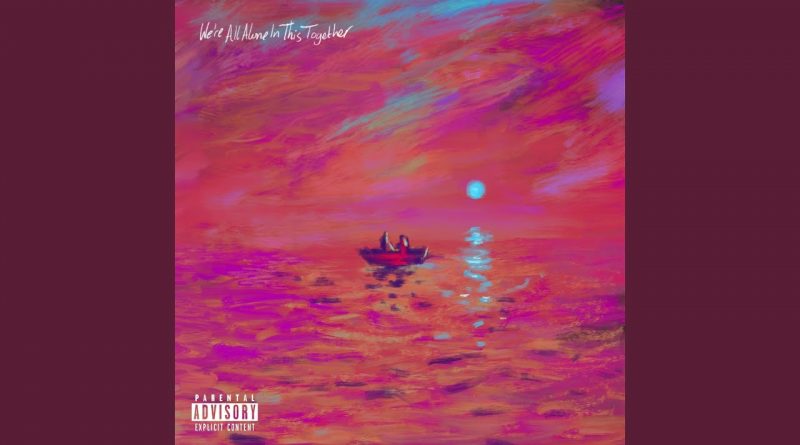 Album – We’re All Alone In This Together

Look
Imagine an island where the party never ends
Where it’s less about money and it’s more about friends
Where the vibes can’t done
It’s less about fundin’ and more about fun
Tropical sun, this life in the 60s comin’ from the Caribbean
You know Ian, Delroy, Vivian, Winston
Who got drafted to England
Windrush babies from Kingston to Brixton
To say they’re the life of the party, you’re wrong
My Jamaicans the entire party, you can’t see?
Big Notting Hill carni, you can’t see?
And the ride’s fiber glass, G, you wan’ see?
Imagine a place where you raise your kids
The only place you live says you ain’t a Brit
They’re deportin’ our people and it makes me sick
‘Cause they was broken by the country that they came to fix
It’s like
They came at the invitation of the British Government
Their passports were stacked indefinite leave to remain
But for some who were children then, that was a false promise
Thirty-seven years of paying taxes and I got a letter saying I was an illegal immigrant
I came here to England at the age of ten and I’ve lived here all my life
Look, imagine a world that’s flawed and full of evil
Where dictators and leaders are persecutin’ your people
The bodies of the innocence are pilin’ to the steeples
The ironic part is they’re preyin’ on the feeble
That’s life in the 90s, you’re Eastern European
And you’re seein’ people dyin’ ’cause they’re fightin’ for their freedom
They show you violence for havin’ a voice
You move out with your kids in hope of havin’ a choice
Life throws you a spanner, you can’t handle the pain
So you gamble and you drink and then you gamble again
You argue with your wife and then you sleep on the couch
You hit your children and start freezin’ ’em out
You try and work things out, but it’s never the same
All the women in your household are livin’ afraid
When you look into the mirror you’re reminded again
That you’ve become the dictator you were fightin’ against
It’s like
We’re fightin’ for our rights, for our motherland
And then we – we – we are fighting for homes
We are fighting for our, our fa-
Look, imagine a world that’s fucked and untrue
Where the many pay a price for the few
And every day the sun rises a little later
That’s how it is when your oppressor is your liberator
That’s right now livin’ in the Middle East
Pray salah for the peace
Death from a sky littered with stars
You run away with your kids so you can give them a chance
But your asylum has got you in a different war
Because the British wanna know what you’re livin’ here for
We rely on migration more than ever before
They’re key workers, but they couldn’t even get in the door
When you’re at Heaven’s gates, what you tellin’ the Lord?
You wouldn’t even let a kid into some steadier shores
That’s a life they may never afford
Surely you would wanna give your people chances that were better than yours?
No?
Ten years of conflict, and twelve-thousand children have been killed or injured
The children here are just a tiny fraction of the estimated six-million that are in need of emergency medical assistance
It’s thought perhaps as many as three-million are no longer living in their own homes
And up to two-million children no longer attending school
The opportunities of this generation have been changed forever by this conflict
I went to silence when I need to who the, who the fuck I was, bro
Like, I won’t hear anyone else, shut everyone else out
So I could just hear myself, bro
You know what I’m sayin’?
Cause we live in this world, yeah
You stand still, the way the tides set up
It will take you away from yourself, you feel me?
So then I was like “Aight, cool”
But, I had to get silent, but it’s not like mans goin’ against the tide
‘Cause goin’ against the tide still makes it about them
Still makes it about the poison that you’ve internalized in your mind, you feel me?
It’s like “Bro, why am I in this water?”
Man, this water don’t even like me, it’s not even for me
It’s not takin’ me where I wanna go, it’s not takin’ me where I wanna go
It’s who the fuck I am, bro, you know I’m sayin’?
So the tide will tell me  that bein’ black is an obstacle
See what I’m sayin’?
I had to, switch Rivers, bro
It’s like bein’ black is an asset
I am who I am because I’m black
And I love everything about it, you feel me?

And that’s who the fuck I am