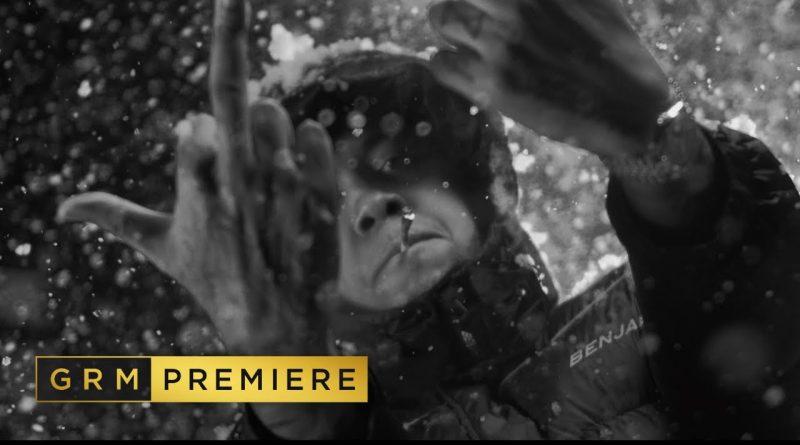 M1onthebeat
Okay then
You’re a bad boy, okay then
WickedSkengMan, okay then
With all that money can’t buy these flows
Son wanna have a go, okay then
Foster care that when I spray pen
(Bluku bye-bye-bye-bye-bye-bye)
#Merky, but you’re not a merker
Promise when I finish with this coconut I’m gonna’ push his hairline back further
So no more Dubai, go Turkey
‘Cause that hairline needs surgery
I don’t wanna hear about #Merky
Them boy deh suh cyan’ merk me
Yo, one minute you’re on home invasions
Next minute you’re at strangers, paintin’
Like, why you love going peoples houses?
Yo, tahn up in ya yard, you paigon
You know on the mic I’m a cannibal
You can’t even handle cannabis
Twin and Akua shoulda warned you, Chipmunk don’t do panicking
You’re all gonna hear “Stormzy took an L, and he tried to stand tall before he fell”
So he’s a man of his word in some ways
But he’s on stalking like a girl
Cocaine, my nose don’t know the smell
I’m on track, he’s off the rails
You’re some bitch with OnlyFans
Boy, I don’t give two fucks what you sell
Boy, I don’t give two fucks what you sold
You got that contradictory flow
One minute it’s “Fuck the government, fuck Boris”
Next minute you’re tellin’ people “vote”
Boy, you’re not a Christian, you’re a fraud
Crucify him, praise the Lord
How are you blinded by his grace but still manage to find my door?
To save your life you couldn’t spit like me
You can get it in British or get it in Twi
Gem, speng, kwasiasem
Wagyimi, don’t try me again
Dickhead
I’ma usher this boy to his seat, do a U-turn, spin back round
You came up remixing my bars, prick, not the other way around
You can’t run out of bars, just like Chip you can’t run out of bars
That’s what you said, look, now you dead
If I was there, you’d get spun out the park
Run out the dance, Chip don’t run out ya know
Ah wah di bumba? Ah wah di rass?
Take it there, take it far
Tek ya gyal, tek it darg
Humble pie, serve that well, I’m a humble guy
Deep down, all the guys on your side
Deep down, wanna see the clash on the sly
Trust me, I know about yutes like you
Fuck with a nigga and his paigon too
Awks when you’re in the middle, won both tunes
Caught in the middle when my pen go “boom!”
So, pick a side, me no mind, aimin’ at fences
Who’s on the fence then? I get defensive
And get offensive, man get offended
Trust me, I pen up in no time, pen up and sky that
Plus I don’t stop ’til the ending (Woi)
Someone get this bitch a bra, it’s a booby trap
when I’m sendin’ (Woi)
Hearing I’m poppin’ online, but I don’t even check my mentions (Woi)
Them man there they come offline ‘cuh they can’t handle the attention (Woi)
I can handle all the tension (Woi)
Afterschool him, that’s detention (Woi)
Go home, Roger, we ain’t bredrins (Woi)
Use my voice and make a sample (Woi)
I got crack you want a sample? (Woi)
Fuck with Chip, that’s gonna cost you (Woi)
Have you flarin’ up your nostrils (Woi)
Slap it ASAP with precision (Woi)
GSAP’s your own religion (Brr-rrup)
Hop out the whip, lookin’ for Chip, you’re only bad with the bros
Cah that weren’t the vibe, two days before when you came on your own
If you’re so bad, tell me cuz
Why you ain’t come back one man up?
Two hands up, or with your skeng
The one that you said you own and don’t rent
Wrestling, bars, try me
You didn’t mind when it was Wiley (Ah)
Good kid, I weren’t a G before rap
I weren’t a thief before rap (Nah)
Sold no crack before rap (Nah)
Sold that crack in all wraps (Yeah)
Still tortilla’ing tracks
You man are some trifling dogs
Dalmatians don’t change their spots, now I’m barkin’, what?
Can’t corner me neither nor my team
Disrespect man’s programme
I heard your little line about “them man’s code”
But “Kaboom!”, that ad-lib belongs to Konan
You know this ting, no guts, no glory
Snake, you know you was bangin’ my story
I got my pen and my highlighter, fam
Trust me it’s jarring, I like them man
What kind of Christian dragging man out of cars?
Repent, or your goin’ hell, my darg
Commander with it, I’m commanding (Woi)
Now you gon read the Ten Commandments (Woi)
The Lord can’t save you from this rassing (Woi)
Bumbahole, I’m on your rahtid (Woi)
Spiritual wickedness, slew him (Woi)
What kind of juju are you doin’? (Brr-rrup)
Last time I checked you’re signed to guy that’s the father of the guy who signed 6ix9ine
So you better check yourself, quick, before you wreck yourself
Study your team, stop studying mine
Cah’  I’m nice whenever it’s studying time
The game been snakey, snakes and ladders
Update me, check it out on the 29th (Brr-rrup)
Go read the Ten Commandments
And live your life that way